He had great physi 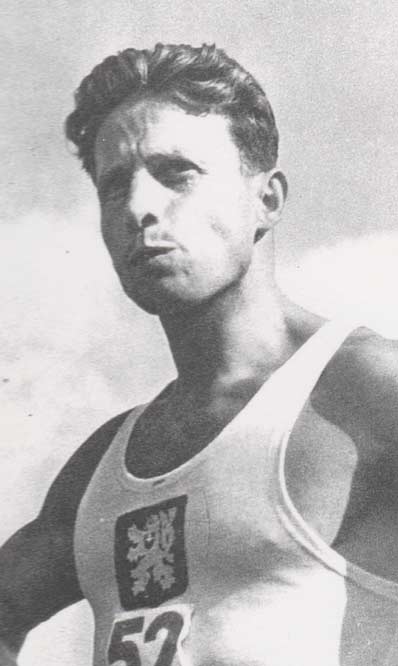 cal ability, which he applied to many sports. At one time he was the goal-keeper for first division SK Židenice. It was however Artistic gymnastics to which he applied himself most, training at Sokol Brno 1.

He trialed for Paris Olympics in 1924 without succsess. From 1925 onwards he was a pillar of the Sokol team. Throughout this time Sokol represented Czechoslovakia at international competitions, Sokol was also one of the founding members of FIG.

During his eventful gymnastic career Jan Gajdoš took part twice in Olympic Games: Amsterodam 1928 and Berlin 1936, and five times in World championships: Lyons 1926, Luxembourg 1930, Paris 1931, Budapest 1934 and Prag 1938. And just here in Prag he reached the top of his career, he became the allaround world champion and in addition to this title he became the world champion on floor.

Jan Gajdoš died on November 19, 1945, soon after the liberation, as a result of having been in concentrating camps. Sokol Brno 1 looks upon him as the direct founder of its artistic gymnastics section and by organizing his memorial wishes to commemorate him and his credit for Czechoslovak artistic gymnastics.